The American Film Institute Wrote:
Lord Robin Maugham, campaigning against the practice of slavery, states that the illegal traffic in human life is thriving in violation of the United Nations Declaration of Human Rights because the American and British governments are unwilling to challenge. Slaves are traded openly in a marketplace; harems flourish along the Arabian peninsula; in a slave market near Khartum, elderly sheiks examine nude women; police raid a caravan smuggling enslaved children from Chad to Saudi Arabia; a woman with shackles on her feet hobbles around a market; Arab herdsmen whip African natives in order to select the strongest for sale; Eve Kenneth, a British prostitute who spent 2 years in a sultan's harem, produces a film depicting her experiences; and giant land crabs are seen dragging skeletons of escaped slaves on an island in the Red Sea. The investigators explain that the Africans were driven to slavery by poverty, preferring bondage to starvation.

Article 1 of the United Nations Universal Declaration of Human Rights bans slavery from this earth. Yet it continues unabated to this day. This documentary, filmed secretly at the risk of death, is a graphic, disturbing and fascinating glimpse into the realm of slaves, slave traders and slave masters. Enter and experience actual slave markets, slave auctions, harems and much more. See women of many nations and races, stripped, displayed and sold for an hour, an evening, or for life. Witness children bought or abducted, forced into slavery and transported along the slave routes by plane, truck and camel caravan. See what happens to those who try to escape and fail; witness the tragic lives of those who can't and who live enslaved. Not for the faint-hearted or squeamish, this program contains actual events shown in graphic detail.

Sean O'Callaghan was born in Killavullen, County Cork, on 22 May 1918; educated at Wallstown National School and the Christian Brothers' School, Doneraile, and later at the Military College, Curragh, County Kildare. [...] Between 1956 and 1992, Sean O'Callaghan wrote fourteen books, many of them of an investigative nature. One, The Slave Trade, dealing with modern slavery in Africa and the Middle East, was translated into thirteen languages and sold in hardback and paperback over 100,000 copies. Malenotti of Rome made a full-length feature film of it. {from http://tinyurl.com/3nb2aoa}

The first part of the tome, detailing Sean's personal experiences trolling around Africa to gawk at nubile preteen slave girls .... ''A young girl glided silently into the room. I stared at her in amazement. She could not have been more than fourteen years old, and but for the pale duskiness of her skin, with her blue eyes and fair hair reaching to her shoulder, she could have been English. She was naked to the waist, her breasts bare. And as she came timidly towards us, she tried to cover them with her hands. But as the fat woman croaked at her in Arabic, her hands dropped to her sides. "Tell him I will take five hundred Sudanese pounds for her. Tell him she is the daughter of an English officer and an Arab girl. Tell him I could sell her for twice that sum in Saudi Arabia to the King himself, if I could transport her there. Tell him it is only because she is so nearly white that I cannot take such a risk and so I am prepared to sell her cheaply here." I could scarcely believe that the old baggage was talking about the lovely child standing demurely in front of me.

Unable to speak, I shook my head. The fat woman rasped out some order to the girl. For a second, the child hesitated and I heard her utter a little gasp that was almost a sob. Then with trembling fingers she fumbled with the fastening of her long white skirt. As it fell to the floor about her ankles, she stepped out of it and stood stark naked before me. The Sudanese girl came first. She was big and well-developed for her age. Her kinky hair was heavily oiled, and she grinned at us boldly, showing her strong white teeth. Without waiting for the fat woman's orders she dropped her skirt and walked towards me, swaying her buttocks provocatively. Her skin was the colour of a black grape and gleamed in the lamplight. Her pointed nipples were rouged scarlet. As I again shook my head, she turned and walked sulkily out of the room. Then, the Arab girl came in. She was little more than a child and so pitifully thin that her tiny breasts were barely formed. As she let fall her skirt, I stifled a gasp of horror, for I saw the angry red weals of lash-marks across her buttocks.''

You may be shocked or refuse to believe it, but trade in human beings flows today along established routes from Central Africa through the Sudan and Ethiopia into the Arab countries. The problem reached such proportions that it was debated in the British Parliament in July, 1960. Sean O'Callaghan, an Irishman who has traveled extensively through Africa and the Middle East, came upon evidences of slavery in Khartoum. Outraged, he decided to investigate its extent and the practices of the slavers. Endangering his own life, he had astonishing adventures and discovered some shocking facts. He surprised a camel caravan bringing slaves across the deserts of the Sudan. He visited slave traders and attended an auction of slaves. He became aware of the destination of many of the slaves and then verified their placement in brothels throughout the Middle East. He learned that in Saudi Arabia alone the salve population is estimated at 450,000. He found Arab sheiks who sold their children to pay expenses and he found out why young girls and boys birng better prices than adults. THE SLAVE TRADE TODAY tells O'Callaghan's personal experiences. Mr. O'Callaghan also gives a short history of the slave trade in modern times and, as an appendix, quotes from the Hansard report in the House of Lords on "Slavery in Africa and Arabia." 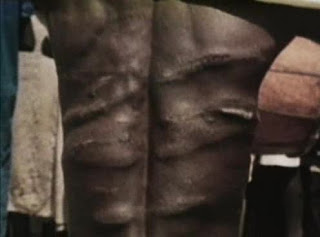