The area in and around the park is inhabited by the Tengger people,[2] one of the few significant Hindu communities remaining on the island of Java. The local religion is a remnant from the Majapahit era and therefore quite similar to that on Bali but with even more animist elements. The Tengger people are believed to be descendents of the Majapahit empire and were driven into the hills after mass arrival in the area of Muslim Madurese in the 19th century.

The Tenggerese generally profess Hinduism as their religion, although they have incorporated many Buddhist and Animist elements. Like the Balinese, they worship Ida Sang Hyang Widi Wasa (Roughly "Big Almighty Lord") for blessings in addition to other Hindu and Buddhist gods that include the Tri Murti, namely Shiva, Brahma, Vishnu and Buddha. Their places of worship include the Punden, Poten and Danyang. The Poten is a sacred area of ground at Mt. Bromo's Sand sea, and becomes the focus of the annual Kasada Ceremony. Within the Poten, it contains several buildings and enclosures, arranged in a specific composition called the Mandalas (Zones).

The Tenggerese also worship a host of spirits (ancestor worship). They include cikal bakal, the spirits of the founders of the village, the roh bahurekso, the village guardian spirits and the roh leluhur, the spirits of the ancestors. Rituals to propitiate these spirits are conducted by special priests. During these rites little doll-like figures representing the spirits are clothed in batik cloth and are presented with food and drink. It is believed that the spirits partake of the essence of these offerings. The Bromo volcano is considered one of the most sacred places. If it erupts, they believe that their god is very angry.

The Tenggerese gave offerings to the gods in different forms. One of these, Sajenan, is presented to the guardian deities by the priest in formal liturgy. For different occasions different sorts of food are offered as Sajenan. For instance, during weddings a cone of rice, Tumpeng Walagara, is offered, and this is considered to be a source of blessing for the couple as well as the whole village. The second sort of food offering, called Suguhan, are those that are offered by ordinary Tengger Hindus to their ancestral spirits. The third type, Tamping, are food offerings to evil spirits so as to ward off bad luck, and typically consist of meat, rice and bananas wrapped up in leaves and placed at places considered inauspicious such as cemeteries, bridges and road intersections.

Their priests are called Dukun or Resi Pujangga, who play a middle role in their religious worship. They are believed to possess spiritual knowledge called Ilmu of the gods and the spirits, which they carefully guard from ordinary Tenggers. Membership of the priesthood is hereditary, and generally passes down from father to son. Each village has only one of these three priests, together with three assistants, namely Legen, Sepuh and Dandan.

However, in the past few decades, due to over-population in Madura, many Madurese settlers have exploited the Tenggerese land by clearing some of their nature reserves for land and converted 2-3% (up to 10,000 of them) of the Tenggerese to Islam in the process, particularly those living in the more accessible areas in the lowlands just outside the Tengger range. Because of this Islamic missionary activity, the remaining Hindu Tenggerese asked the Balinese Hindus for help by reforming their culture and religion closer to the Balinese. The Indonesian government finally declared the Tengger mountains as the Bromo-Tengger-Semeru national park, and has also declared that any more logging in this area is an illegal act.
Top

salam damai
it's me 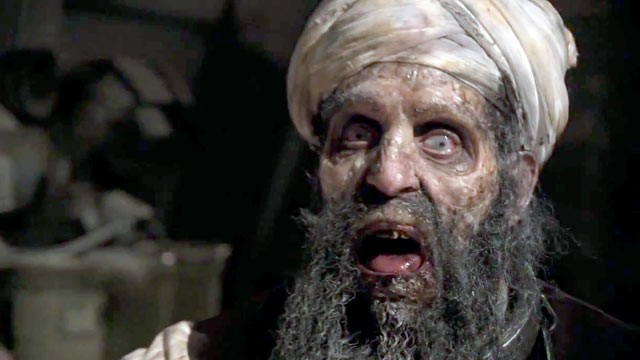