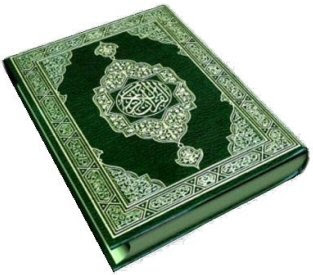 
If Hezbollah has placed a $2.4-million bounty on Terry Jones just for burning a copy of the Qur'an, imagine what his head will be worth if he puts the Prophet Muhammad on trial!

Dr. Terry Jones is the mustachioed head of Dove World Outreach Center, a 50-member charismatic Christian church in Gainesville. On March 20, he conducted International Judge the Qur'an Day, where the Muslim holy book was tried and found guilty of (1) training and promoting terrorist activities; (2) death, rape and torture of non-Muslims worldwide; (3) and crimes against women and minorities. As punishment, the Qur'an was burned.

Pastor Jones is now considering similarly trying the Prophet Muhammad, to whom the Qur'an was revealed in the seventh century by Allah, The Most Gracious, Ever Merciful.

In California for an appearance on The Truth TV Arabic-language Christian satellite channel, Jones held firm to plans for attending an Anti-Sharia & Jihad Protest on Friday, April 22, outside North America's largest mosque, the Islamic Center of America in Dearborn, Michigan. This despite having received some 400 death threats! Jones told CBS Radio in Orange County that the Shia Islam group Hezbollah has put a "reward on my head for $2.4 million." The USA officially lists Hezbollah as a terrorist organization.

Naturally any linkage between blasphemy and Muslim death threats recalls the case of British-Indian novelist Salman Rushdie, whose novel The Satanic Verses (1988)—said to be an irreverent depiction of the Prophet Muhammad—prompted a fatwā by Iran's Supreme Leader, Ayatollah Ruhollah Khomeini. A bounty was offered for Rushdie's death, and he spent years under police protection. At a London hotel in 1989, one of the Lebanese Hezbollah terrorist Mujahidin of Islam accidentally blew himself to bits while packing RDX explosives into a book bomb meant for Rushdie. In 1991 The Satanic Verses' Japanese translator was knifed to death, and its Italian translator seriously wounded in a stabbing. In 1993, the book's Turkish translator was the intended target when terrorists set fire to a hotel in Sivas, killing instead 37 innocent attendees at a cultural and literary festival.

So if Hezbollah has placed a $2.4-million bounty on Terry Jones just for burning a copy of the Qur'an, imagine what his head will be worth if he puts the Prophet Muhammad on trial! Lord have mercy.