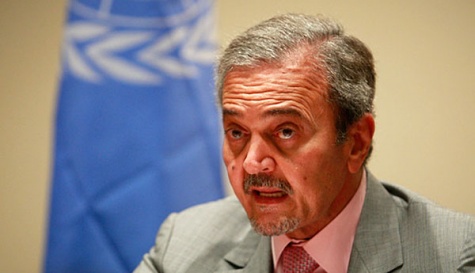 Sanaa, Yemen (CNN) -- The deputy leader of al Qaeda in the Arabian Peninsula and one of the most wanted men in Saudi Arabia has been killed, a prominent jihadist announced Tuesday, though officials in the group's home base of Yemen said they had no evidence of his death.

It was not clear how al-Azdi died. SITE said media reports indicated he died of injuries incurred in a December drone strike.

"We have no evidence to prove his death and our government continues to hunt down the leaderships of the terror network," one of the officials told CNN on condition of anonymity because he is not authorized to talk to media.

He said more than 80 suspected al Qaeda militants have been killed since early December but that al-Azdi is still out there.

Al-Azdi has been reported dead in the past, the latest incident being in September when Yemen claimed he was killed in an air raid. An audio message released the next month supposedly featured al-Azdi saying he was still alive.

Al-Azdi spent six years in the U.S. military prison at Guantanamo Bay before being released in 2007. A Saudi national, he escaped Saudi Arabia to Yemen in 2008.

Yemeni President Abdu Rabu Mansour Hadi announced in October that Yemen would step up its military operations with the United States against al Qaeda operatives. In response, al Qaeda carried out a number of attacks on military and security commanders, personnel, patrols and installations, killing more than 60 people, according to Yemen's Interior Ministry.