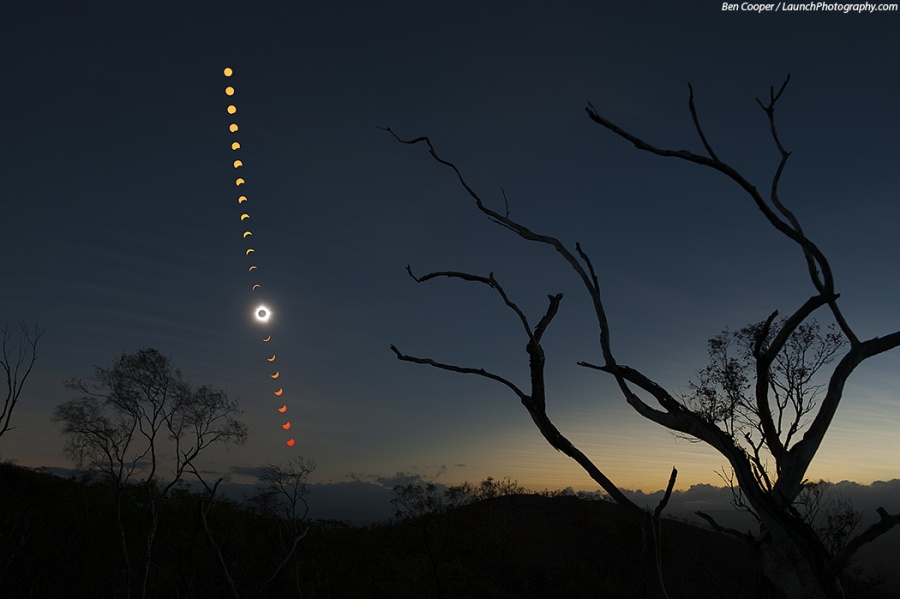 Explanation: On the morning of November 14, the Moon's umbral shadow tracked across northern Australia before heading into the southern Pacific. Captured from a hilltop some 30 miles west of the outback town of Mount Carbine, Queensland, a series of exposures follows the progress of the total solar eclipse in this dramatic composite image. The sequence begins near the horizon. The Moon steadily encroaches on the reddened face of the Sun, rising as the eclipse progresses. At the total phase, lasting about 2 minutes for that location, an otherwise faint solar corona shimmers around the eclipsed disk. Recorded during totality, the background exposure shows a still sunlit sky near the horizon, just beyond a sky darkened by the shadow of the Moon. 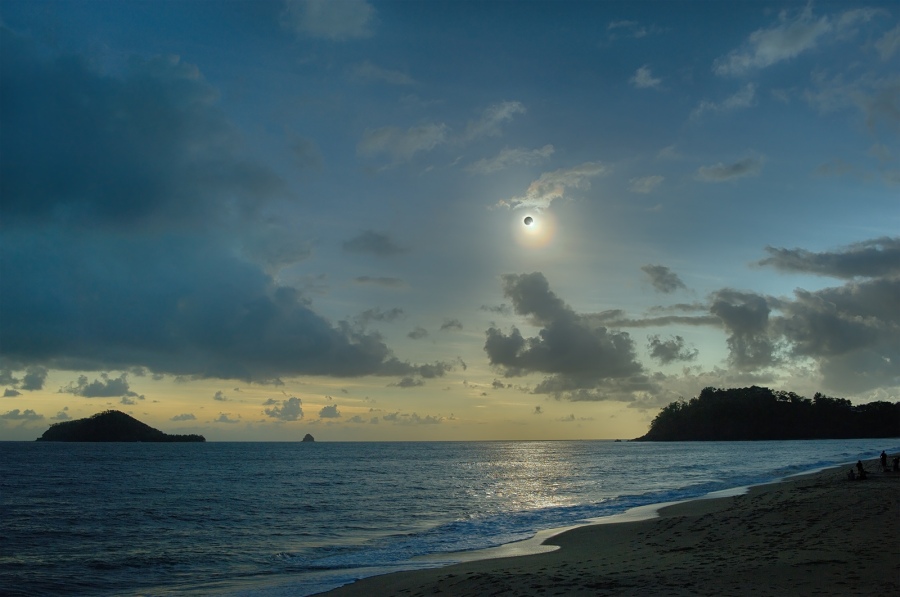 Explanation: A dark Sun hung over Queensland, Australia on Wednesday morning during a much anticipated total solar eclipse. Storm clouds threatened to spoil the view along the northern coast, but minutes before totality the clouds parted. Streaming past the Moon's edge, the last direct rays of sunlight produced a gorgeous diamond ring effect in this scene from Ellis Beach between Cairns and Port Douglas. Winking out in a moment, the diamond didn't last forever though. The area was plunged into darkness for nearly 2 minutes as the Moon's shadow swept off shore toward Australia's Great Barrier Reef and out into the southern Pacific. Ranging from 1/4000 to 1/15 seconds long, five separate exposures were blended in the image to create a presentation similar to the breathtaking visual experience of the eclipse.