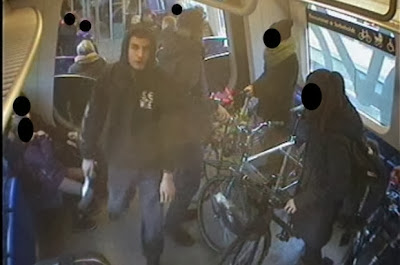 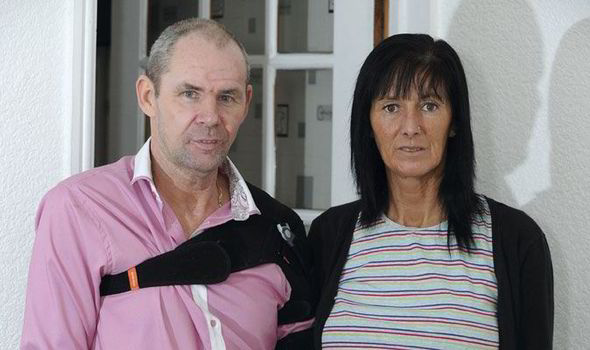 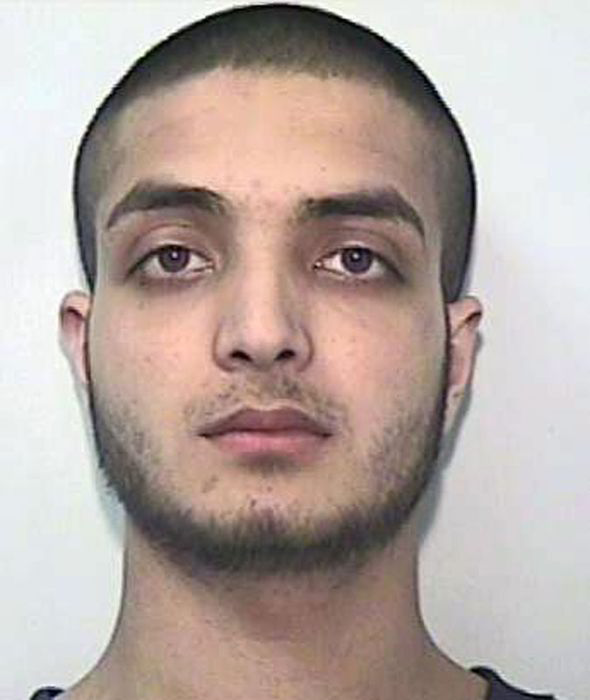 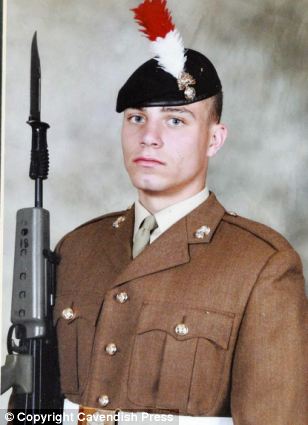 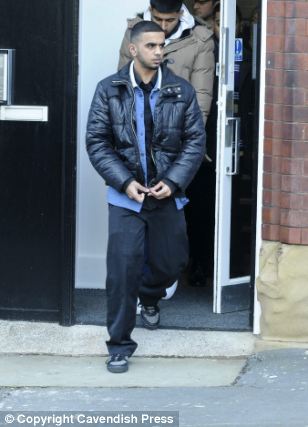 Crackdown: police raid homes in Brixton in search of members of the GAS gang in January (Picture: Jeremy Selwyn)

The crimes include 24 murders, 28 attempted killings, 170 firearms offences, as well as stabbings and kidnappings. Other offences include grievous bodily harm with a weapon and also robbery. Each of the violent crimes was carried out by one of 3,484 gang members logged on an official Met database. It includes two 13-year-old gang members, another 24 aged 14 and nearly 550 older juveniles.

The average age of gang members is 21. Virtually all are male, although 38 females are on the database.

The figures, which show 2,154 violent crimes were committed in the 12 months up to February this year, come despite significant Met successes.

More than 1,000 of the capital’s gang members have been jailed and a multi-million pound anti-gangs campaign was launched by the Home Office after the London riots.

Detective Chief Superintendent Dean Haydon said: “This is crime at a high level of seriousness. We are talking about young people being shot and stabbed.

“That is bound to have a significant impact, not just on police officers, but also on communities.” The head of the Met’s Trident anti-gangs unit said the figures highlighted why the fight against gangs was a priority.

He added “If we can stop just one young person being shot or stabbed then it is worthwhile. That’s why Trident is here.”

The figures cover offenders recorded on the Met’s gangs matrix. It uses criminal records and intelligence from police, probation, prisons and other experts to identify Londoners who are gang members. A scoring system ranks each person according to the violent “risk, threat or harm” that they present, grading the worst as category red and the others as amber or green.

Police “enforcement” efforts such as arrests and surveillance focus most heavily on the red group — which numbers around 300. Attempts are made to divert those given a “green” classification away from gangs. They get assistance such as the offer of safe housing in a new area or help in finding work, education or training opportunities.

Most gang offenders are aged under 25 and today’s statistics show that those currently logged on the Met’s database include 570 juveniles aged 17 or under. They include 73 teenagers aged 15, another 159 aged 16 and 312 aged 17.

Mr Haydon said the presence of two 13-year-olds and 24 children aged 14 on the gangs matrix was even more concerning and warned that young children were being exploited.

“It is disturbing,” he said. “You are generally talking about estates where there are elders using youngsters to supply drugs on their behalf. The younger ones tend to start running drugs for older teenagers, but then get sucked into gang crime. So we try to stop them going in at the young end by offering diversion and other intervention to try to keep them out of gangs.”

Today’s figures were obtained by the Standard using the Freedom of Information Act. As well as the 52 murders and attempted murders and the 170 firearms offences, they include 738 crimes involving a knife or other weapon. There were 472 assaults causing GBH.
Top
Post Reply
81 posts