The Islamic state of Afghanistan has sentenced Ali Mohaqeq Nasab, executive manager of Women's Right journal to two years imprisonment for criticising Islam. This is an outrageous trial, an outright violation of freedom of speech and women's rights.

The people of Afghanistan have been victimized and terrorised by political Islam for over two decades. The fall of the Taliban brought some hope to women and to freedom loving people - that atrocities committed daily by these religious thugs would stop, that people would enjoy freedom and that women could throw down their veils and participate in social life.

This hope was soon shattered by the plans of the US and the West to help bring another Islamic-tribal government into power. The formation of a new Islamic state, with the tribal constitution assembly, was opposed by libertarian and progressive organizations. Objections were dismissed, and atrocities, violation of women s rights, kidnapping and raping of women and young girls, violation of human rights, and basic civil liberties continued.

This sentence must be condemned by all women's rights activists, freedom loving people, humanitarian organisations and secularists. We should fight against political Islam in any corner of the world. We stopped Sharia courts in Canada; we should topple the Islamic states in the Middle East.

Aziz Nesin of Turkey, a noted author in that country who defines himself as an atheist, relates how he repeatedly proposed the publication of Rushdie's novel to the Turkish Writers Union, only to meet silence. Therefore, he arranged for the publication of sections of the text in a newspaper, which in turn led to a fundamentalist attack on a hotel where Nesin was staying, with thirty-five deaths.

Nesin claims that Rushdie's novel belongs to the world, no matter what the "risk." In summary, For Rushdie is a dramatic, inspiring and informative book, not only for Rushdie and his novel, but for insights on philosophical currents in the Islamic world today.

Undoubtedly the most famous "case" of censorship in the contemporary Islamic world is that of Salman Rushdie. Responding to Rushdie's book The Satanic Verses, Iran's Ayatollah Khomeni sentenced its author to death for the crime of blasphemy against Islam. This fatwa, or edict, was to be carried out by any of the faithful. Immediately after the publication of this sentence in 1989, a storm of mingled fear, defiance and indignation swept the republic of letters all around the world. The repressive horrors of the mullahs in Iran had long been known, but this seemed monstrous, medieval in its fanaticism. As we shall see, this is not the story of just one wayward rebel, but of whole cultures under attack. And the roots of this attack run very deep indeed.

The Satanic Verses is a complicated, intricate book; for proper appreciation, the reader should understand that it probes various "sensitive" aspects of the Islamic heritage. The title derives from some verses of the Koran, presumably inspired by the angel Gabriel, and proclaimed by the Prophet; later, these were changed because, it seems, they originated not from Gabriel, but from Satan. I don't have space here to explore all the details of the actual verses, but the central problem the book wants to examine is, perhaps, central to all religious controversies: How do we know where the claims, visions, inspirations, and so on come from? Do they truly originate from God, or His (Her?) angels? Or devils? Or just from ourselves?

In my own experience, probing that question was probably the beginning of atheism, for my conclusion was that all religions are just projections of our own fears, desires, authority structures, etc.

Ram Swarup, a scholar of Islamic history in India, wrote a fine long essay discussing the points of the religion's heritage and doctrine which Rushdie's novel explores.3 However, I believe that the real reason the novel and its author were condemned by Iran is because the book contains a biting satire of a character who can be none other than the Ayatollah Khomeni.

This is a long section fo the novel, but a short passage will indicate the flafor: "The Imam is a massive stillness, an immobility. He is living stone. His great gnarled hands, granite-grey, rest heavily on the wings of his high-backed chair. His head, looking too large for the body beneath, lolls ponderously on the suprisingly scrawny neck that can be glimpsed through the grey-black wisps of beard."

There are scores of sycophantic protectors who surround the Imam, carrying out his orders. I think it is important to note that it is exactly Iran where the death edict orriginated, though all the faithful around the world have been urged to execute the heretical novelist.

Reviewing the history of Islam, Ram Swarup notes that the prophet Muhammed also condoned assassination in his own lifetime. Poets in particular were often condemned; one tradition tells us that the Prophet exclaimed that "filling the belly of a person with pus is better than stuffing his head with poetry." (Greece's sage Plato, we might recall, also condemned the poets in the Republic.) If the Prophet came to detest someone, he would merely ask "who will rid me of this scoundrel" and he would soon be stabbed to death.

This is important because it establishes a longstanding tradition of official assassinations, especially of dissident literary figures, going back to the origins of the religion.
Top

Some of the essays notably emphasize the repressive aspects of the religion's history:
"At Seville the works of the theologian Ibn Hazam were burned. The mystical poet Al-Hallaj was crucified.
The writer Ibn Muquaffa was killed;
the licentious poet Bashshar Ibn Burd was condemned for heresy. The philosopher Ibn Rushd (Averroes),
he historian Ibn Khaldun, and the poets Ibn Sharaf and Al- Husri all had to go into exile" (Tahar Bekri, of Tunisia).

Similarly, there is a very moving essay by Algeria's Latifa Ben Mansour in tribute to the poet Al-Hallaj, which includes the verses he recited before being led to the scaffold. These essays revealed to me an entire tradition of martyrdom on behalf of art and freedom.
Top

Reporters Without Borders today condemned the months of harassment by the authorities in Qina (near Luxor, in central Egypt) that forced Hala Helmy Botros to close down her blog Aqbat Bela Hodood (Copts Without Borders) about the persecution of the Christian Coptic minority, and to stop writing on this subject for other websites.
Last edited by ali5196 on Mon Mar 19, 2007 5:48 pm, edited 2 times in total.
Top

A prominent local Muslim leader known for his tough stance against extremism has been shot dead in Narathiwat, police said Wednesday.

Kawee Prachumkayohmas, 55, was shot four times in an ambush late Tuesday as he left a cemetery where had been praying.

He was the leader of Bacho village in Narathiwat and was known for his strong opposition to the separatist insurgency, which flared up three years ago.
Top


Other Works:
Islam: The Arab National Movement
Islam: Sex and Violence
Islam and Human Rights
This is Jihad
Eternity
Faith and Deception
Taxation and Liberty

The Religion of Peace adds another Christian to the Armenian Genocide.

Iraqi Kurdish Rushdie: Sex, Sharia and Women in the History of Islam
24 Jan, 2007 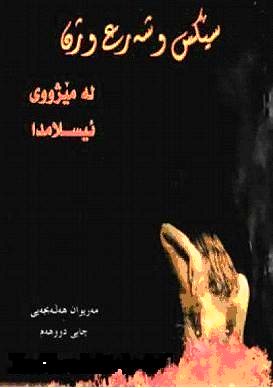 The worse thing was realizing that his wife and children were in danger. "With that book I wanted to defend women but the first thing I did was hurt my wife." As a result, Halabjaye went into hiding with his pregnant wife and three children.

Halabjaee was forced to flee Iraqi-Kurdistan after the Kurdistan Regional Government (KRG) refused to offer him any protection or to arrest those who threatened his life. "The Kurdish authorities have not provided any protection from threats and fatwas," said Halabjaee, "any moment I am expecting a bullet or a hand grenade to be thrown into where I live."

In response to the Halabjaee affair, the KRG Minister of Religious Issues, Dr. Mohammad Gaznayi, told protestors that according to the law of Iraqi-Kurdistan, "defamation" or "criticizing" religion or religious figures is a crime and its punishment is severe. "We will give those who attack our prophets a sentence so that they can be a lesson for everyone," said Gaznayi. Halabjaee was in possession of a warrant for his arrest issued by the Suleimaniya police department when he fled Iraqi-Kurdistan.
Last edited by ali5196 on Mon Mar 19, 2007 5:43 pm, edited 1 time in total.
Top

January 22,2007 | CASABLANCA, Morocco -- Caught in the middle of the Moroccan government's delicate balancing act with Islam, magazine editor Driss Ksikes came out of court a convicted -- yet relieved -- man. Prosecutors wanted him and a colleague jailed for up to five years, but the judge gave them a fine.

"I'm a freethinker, but I don't want to be a martyr," Ksikes said following his conviction a week ago.

After publishing an article citing jokes about Islam last month, Ksikes found himself up against a government eager to assure conservative Moroccans of its religious credentials.

The relatively light sentence -- fining Ksikes and journalist Sanaa al-Aji about $9,000 each -- also illustrates the government's desire to please the electorate without enraging Western opinion.

Last month the government banned Nichane for allegedly insulting Islam with a 10-page article titled "How Moroccans laugh about religion, sex and politics."

In addition to the fine, Ksikes and al-Aji were barred from any journalistic activity for two months. Their magazine and its Web site, both shut down by the government when the scandal broke last month, will remain closed for the same period.

"I don't regret what I wrote," Ksikes said. He regretted that an article meant as a thoughtful examination of Moroccan humor offended some of his countrymen, but said he was glad to have avoided a repeat of the uproar triggered across the Muslim world last year over Danish newspaper cartoons featuring the Prophet Muhammad.

Nichane is not the only periodical under the gun.

Aboubakr Jamai, editor of Le Journal Hebdomadaire, and one of his former journalists, Fahd Iraqi, have been told by Justice Ministry officials to come up with about $350,000 in damages in a government-supported libel suit against them -- the largest such award in Moroccan history.

In an article last year, Jamai and Iraqi alleged that a damaging report on Polisario by a Belgian research institute bore signs of having been directed by the Moroccan government. The report's author, Frenchman Claude Moniquet, hit back with a libel suit backed by the king's prosecutor -- proof that the court proceedings were rigged in Moniquet's favor, Jamai claimed.

"For us, it's the Moroccan regime bringing suit," he said.

He said the relatively light sentence imposed on the Nichane journalists "shows that the regime is very sensitive about its image in the West," but insisted he wouldn't do any deals.

He said he was forced to resign Thursday from Le Journal Hebdomadaire, and was planning to leave Morocco shortly. "I would refuse to pay even if I had the money," he said.
Top
Post Reply
93 posts