"The early Muslims fought many battles against their
enemies under the leadership of the Prophet Muhammad or his
representatives." source

Sahih Bukhari Vol. 1, Book 5, No. 268:
Narrated Qatada:
Anas bin Malik said, "The Prophet used to visit all his wives in a
round, during the day and night and they were eleven in
number." I asked Anas, "Had the Prophet the strength for it?"
Anas replied, "We used to say that the Prophet was given the strength of
thirty (men)." And Sa'id said on the authority of Qatada that Anas had
told him about nine wives only (not eleven).

Sahih Bukahri Vo. 5, Book 58, No. 236: Narrated Hisham's father:
Khadija died three years before the Prophet departed to
Medina. He stayed there for two years or so and then he
married 'Aisha when she was a girl of six years of age, and he
consumed that marriage when she was nine years old.

Sahih Bukhari Vol. 9, Book 91, No. 368: Narrated 'Umar:
I came and behold, Allah's Apostle was staying on a Mashroba
(attic room) and a black slave of Allah's Apostle was
at the top if its stairs. I said to him, "(Tell the Prophet) that here is 'Umar
bin Al-Khattab (asking for permission to enter)." Then he admitted me.

Sahih Muslim Book 010, No. 3901:
Jabir (Allah be pleased with him) reported: There came a slave and
pledg- ed allegiance to Allah's Apostle (may peace be upon him) on migration; he (the Holy Prophet) did not know that he was a slave. Then there came his master and demanded him back, whereupon Allah's Apostle (may peace be upon him) said:
Sell him to me. And he bought him for two black
slaves, and he did not afterwards take allegiance from anyone
until he had asked him whether he was a slave (or a free man)

Sahih Bukhari Vol. 8, Book 82, No. 795: Narrated Anas:
The Prophet cut off the hands and feet of the men
belonging to the tribe of 'Uraina and did not cauterise (their bleeding
limbs) till they died.

Sahih Bukhari Vol. 4, Book 56, No. 668: Narrated Abu Huraira:
Allah's Apostle said, "The Jews and the Christians do not dye
(their grey hair), so you shall do the opposite of what they
do (i.e. dye your grey hair and beards)."

"Hallucinations and illusions are disturbances of perception that are
common in people suffering from schizophrenia.
Hallucinations are perceptions that occur without connection to an
appropriate source. Although hallucinations can occur in any sensory form
–– auditory (sound), visual (sight), tactile (touch), gustatory (taste), and
olfactory (smell) –– hearing voices that other people do not
hear is the most common type of hallucination in schizophrenia." .
. . . source


Sahih Muslim Book 030, Number 5654: Jabir b. Samura reported Allah's Messenger as saying:
I recognise the stone in Mecca which used to pay me salutations before my advent as a Prophet and I recognise that even now.

Sahih Bukhari Volume 7, Book 67, Number 402:
Narrated Jabir: The Prophet sent us as an army unit of three hundred warriors under the command of Abu 'Ubaida to ambush
a caravan of the Quraish. But we were struck with such severe
hunger that we ate the Khabt (desert bushes), so our army was called the
Army of the Khabt. Then the sea threw a huge fish called Al-'Anbar and
we ate of it for half a month and rubbed our bodies with its fat till our
bodies became healthy. Then Abu Ubaida took one of its ribs and fixed it
over the ground and a rider passed underneath it. There was a man
amongst us who slaughtered three camels when hunger became severe,
and he slaughtered three more, but after that Abu 'Ubaida forbade him to
do so. 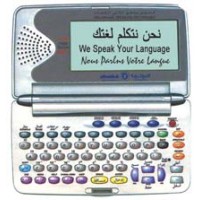 
AJARAN SETAN yang kesetanan
full of blood, blood, blood and more blood!!!!
(that's why it has a sword as the symbol)

THE LEGEND OF "MOO AH MAA"

Alkhomeini wrote:Wachdieboy, you always had a funny mind aren't you.


with smile from"farside"
:shout: To sing or not to sing, that's the question!

Narrated Nazi': Abdullah bin 'Umar said, "THE PROPHET SAID, 'FEVER IS FROM THE HEAT OF HELL, so put it out (cool it) with water.' " Nafi' added: 'Abdullah used to say, "O Allah! Relieve us from the punishment," (when he suffered from fever).

Narrated 'Aisha: THE PROPHET SAID, "FEVER IS FROM THE HEAT OF HELL, so abate fever with water."

Narrated Rafi bin Khadij: I heard ALLAH'S APOSTLE SAYING, "FEVER IS FROM THE HEAT OF HELL, so abate fever with water."

Sahih Bukhari Volume 4, Book 54, Number 483: Narrated Abu Jamra Ad-Dabi: I used to sit with Ibn 'Abbas in Mecca. Once I had a fever and he said (to me), "Cool your fever with Zam-zam water, for Allah's Apostle said: 'It, (the Fever) is from the heat of the (Hell) Fire; so, cool it with water (or Zam-zam water)."