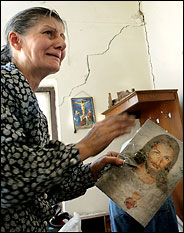 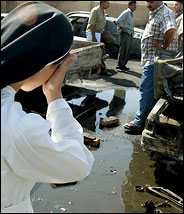 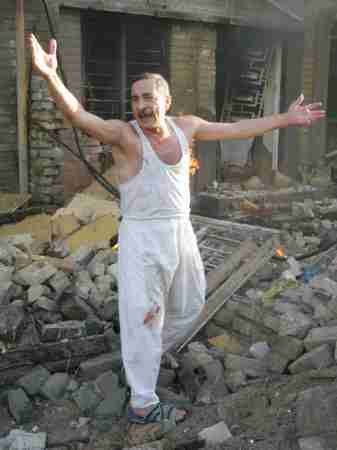 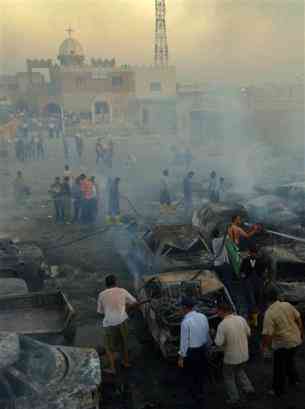 A bomb placed at the door of the Cathedral of Kirkuk exploded at 20:45. No one was injured but the church was damaged heavily.

The Syrian Orthodox Church of St. Matthew in Baghdad was bombed, killing two and wounding five.

On Easter Sunday a bomb exploded outside the Sacred Heart church in Baghdad. No parishioners were injured. A firefight occurred outside Mary the Virgin Catholic Church as congregants huddled inside.

Al-Qaida terrorists attacked Our Lady of Deliverance Chaldean Catholic Church in Baghdad on Sunday evening during a church service. When police raided the church the terrorists set fire to their explosives, ultimately killing 58 parishioners, including two priests

The Al Gahera (Our Lady of Purity) Syrian Orthodox Church in Mosul's city center was bombed and significantly damaged. 4 persons were killed and 40 injured.

The Al Beshara (Annunciation) Syrian Catholic Church in Mosul was bombed at 10:30. The bomb caused a minor explosion and damaged the wall, but nobody was hurt.

In the western Jadida (New Mosul) district, the Church of St Ephrem and the St Theresa Convent of Dominican Nuns were bombed and heavily damaged. No casualties were reported.

Seven churches were bombed in Baghdad, killing 4 and injuring 18. The churches are:

Two churches were bombed in central and northern Kirkuk; three people were wounded.

One man was slightly injured in these bombings.

St. Jacob Church, near the Asia Neighborhood (Hay Asya) in Dora, was attacked and the Christian guards killed, the church was looted and will be turned into a mosque. St. John the Baptist Church near the Hay Al-Athoriyeen (Assyrian quarter) was also looted.

Shiites occupied the Angel Raphael Convent, belonging to the Chaldean Sisters of the Scared Heart, in Dora, Baghdad and turned it into a base for military operations.

St. George Assyrian Church in the Dora neighborhood of Baghdad was firebombed.

An Islamic group forcefully removed the Cross from the churches of St. John and St. George in Dora, Baghdad. An affiliated Islamic group in Northern Iraq occupied the Assyrian monastery of Raban Hormuz.

Unknown assailants bombed the entrance of the Dominican Clock Church compound, a Catholic church in Mosul.

Two bombs exploded around 6:30 A.M. near the Church of Virgin Mary on Palestine road in Baghdad. The outer walls of the church were damaged and the windows of many parked cars that belong to the church were shattered. One policeman was killed and many bystanders were injured.

A group of men opened fire on the Chaldean Church of the Holy Spirit in Mosul, the second time in 8 days.

A rocket attack was launched against the Chaldean Catholic Church of the Holy Spirit in Mosul.

St. Mary's Cathedral, the home of His Holiness Mar Addai II, Patriarch of The Ancient Church of the East, was bombed. Located in the Riyadh district of Baghdad the cathedral experienced dual bombings, a small IED followed, few minutes after, by a car detonation carrying a large amount of explosives. The bombing was timed to take place as the worshipers were leaving the Sunday morning sermon. 2 were killed and 20 injured.

Two bombs exploded in front of the main gate of a church in al-Za'faraniyya in Baghdad. The explosions caused damage to the church and injured the church guards.

Kaneesat al-Si'aood (The Church of Ascension) in Baghdad was attacked by a rocket bomb. The bomb caused damage to the church building and made a hole in the church dome.

The Baghdad Seventh-day Adventist Church was bombed for the second time in two years, injuring an armed guard, one of two permanently stationed to protect the church compound.

Car bombs exploded outside the Vatican embassy and near four churches in Iraq, killing at least three people.

In Kirkuk, three civilians were killed and one wounded in the attack on the Church of the Virgin, and six civilians were hurt in the blast outside an Orthodox church.

In Baghdad, car bombs exploded outside St Joseph's Catholic Church in the suburb of Sina'a and an Anglican church in the eastern Nidhal area.

At approximately 5:00 P.M. a car bomb exploded near the Church of Mar Giwargis (St. George) in the Assyrian quarter of Almas district in Kirkuk. 3 were killed.

A small explosion rocked the Assyrian Church in Habbaniya, Ramadi in Iraq. There was some damage to the roof of the church.

The Al-Tahira Chaldean Catholic Church and Armenian church that was under construction were bombed in Mosul. The first blast struck the al-Tahira ("the pure," in reference to the Virgin Mary) Church about 2:30 p.m. in al-Shifa' neighborhood, eastern Mosul. Ten armed men stormed the church, planted explosives throughout it, and set the bombs off wounding three people and destroying most of it. An hour later, gunmen bombed in al-Wahda neighborhood, western Mosul, an Armenian church under construction. No casualties were reported there.

St Bahnam's Catholic church in Dora, Baghdad was bombed, killing 3 people and wounded 40. Police said a car bomb had exploded outside the church, but witnesses said it appeared explosives were planted nearby.

Five churches were bombed in Baghdad in a coordinated attack.

Twenty minutes later, another blast ripped through the streets at another Saint Joseph church, in Dora, southern Baghdad. After another 20 minutes, Saint Paul's church was struck in the same area.

At 4:50 am, the Roman Catholic St. George church in the central district of Karrada was rocked by a blast and engulfed in flames, leaving the wood-built sanctuary completely charred.

A fifth explosion occurred about an hour later at Saint Thomas church in Mansour, to the west.

An artillery shell, believed to be intended for the church, was fired into a car park between a hotel and Saint George's Anglican Church.

A car bomb exploded outside the Virgin Mary Seventh-Day Adventist Church in the Al-Sa'doun Park in the center of Baghdad.

A bomb exploded at the Assyrian Anglican Church at al-Andalus Street in Baghdad. The explosion occurred during the night.

Five Assyrian, and one Armenian, Churches were bombed simultaneously in Baghdad and Mosul. Twelve Assyrians were killed and some 60 injured:

Two unidentified men in a silver Opel throw a hand bomb at the Holy Spirit Church (al-Rooh al-Qudos) in the Akha' quarter in Mosul. The explosion injured the sister of the priest.